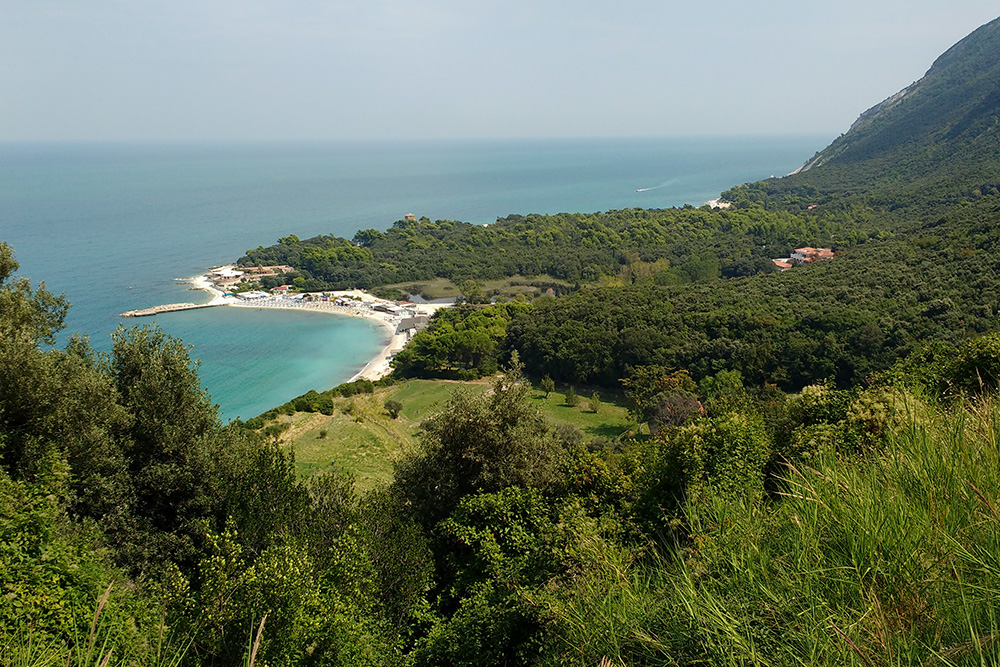 Northward along the Adriatic Highway, 20 km from the campsite stands the dome of the Shrine of the Holy House of Loreto. The famous “House of Mary”, translated according to tradition by angels from Palestine in 1294, is adorned with a marble covering sculpted by Antonio da Sangallo the Younger. The great basilica where it is incorporated has been built over a hundred years from 1468 to 1570. We suggest a visit to the Art Gallery and the many collections (weapons, vases, frescoes). A short distance from Loreto, Recanati lives in every corner of the poet Giacomo Leopardi spirit: the piazza of the “sabato del villaggio” (“saturday at the village”), the house of Silvia, the hill of the Infinite, the rooms of his father’s library, everything recalls the human story of most beloved Italian lyric poet. We suggest a visit to the home of the poet and to the Civic Museum, which houses some works by Lorenzo Lotto, located in the beautiful Villa Colloredo Mels.

Continuing north, you should leave the highway and drive along the Adriatic coastal road, pass through the village of Marcelli di Numana, then reach the port of Numana and climb on the slopes of Monte Conero. The Conero is the highest headland of the Adriatic coast; along with the surrounding area it constitutes the Park of the Conero.

The paths that climb the mountain offer scenic hikes; the easy “Sentiero del Giglio”, with a 1 h walk, leads to a majestic panoramic point over the cliffs that dominate Portonovo. Excursions for groups accompanied by qualified guides are available at the visitor centre of the Park of the Conero, Via Peschiera 30, Sirolo (AN) Tel. (+39)071-9331879.

For who loves the sea, the Conero beaches offer great variety of environments: the most noteworthy beaches are the “Two Sisters”, accessible by sea with daily trips from the port of Numana (Traghettatori del Conero), and the beach of Portonovo, secluded in a bay surrounded by Mediterranean scrub. At Portonovo we recommend a visit to the Church of St Mary (built in 1034) and the Napoleonic Fort, now turned into a restaurant with a terrace overlooking the sea.

Monte Conero is an important landmark in the migration of birds of prey (especially in spring); the most common species are the Marsh Harrier and the European Honey-buzzard, but every year rarer birds are spotted too (i.e. Black Storks, or even a Pelican). The observation camp takes place at the Gradina del Poggio.