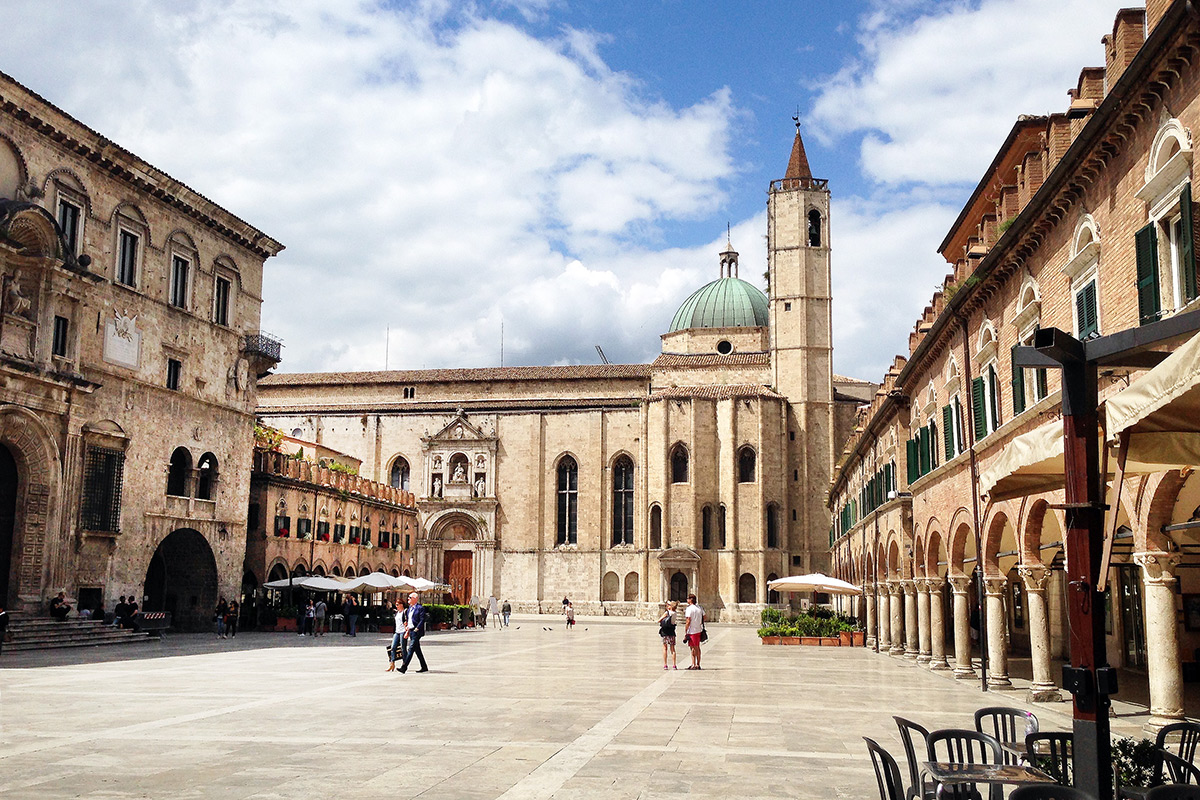 From Fermo to Ascoli Piceno

The city of Fermo, 20 km south of the campsite, perched on a hill and surrounded by walls, retains an intact Renaissance layout. On the top, in a panoramic position, we find the Assumption Cathedral and the square of the Gyrfalcon. We suggest you visit Piazza del Popolo, the Roman cisterns, the art gallery (with an altarpiece by Rubens), the Hall of the Globe, and the Scientific Museums of Villa Vitali. Torre di Palme, in the municipality of Fermo, is a tiny medieval village perched on a promontory close to the sea. The old town is a gem and from the square you can enjoy a beautiful view on the coast.

Back on the seaside, the pretty towns of Porto San Giorgio and San Benedetto del Tronto boast large sandy beaches protected by reefs, ideal for families and children, but they are also full of restaurants and clubs.

Cupra Marittima hosts a precious Seashell Museum (“Museo Malacologico”), with an exhibit of one million shells from all the seas of the world.

Up the valley of the river Tronto, we come to Ascoli Piceno; the great center of the “city of one hundred towers” is constructed almost entirely in white travertine. The monumental Piazza Arringo is bordered by the Cathedral of St. Emidio, by the Diocesan Museum and by the Town Hall, which houses the Municipal Art Gallery, with works among others by Titian, Tintoretto, Guido Reni, and Carlo Crivelli. At the side of the Palace, the historic Caffè Meletti, with Art Nouveau interiors, whose specialty is undoubtedly the “Anisetta Meletti”, a special anise liqueur. Ascoli is also known for the fried stuffed olives, served with unusual deep-fried custard cubes.